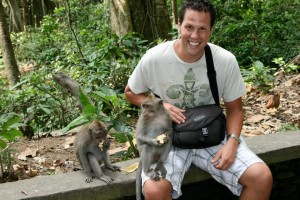 Kevin was in an all too familiar situation.  Stuck searching for what was missing instead of creating the freedom he got into business for.  Freedom he was looking to create for his family.

Kevin was filled with rage because he’d bought from another marketer who promised to atone for all the past sins of people not providing results.  Yet the marketer didn’t take responsibility and further cemented the belief that he didn’t have the skill-sets to create the freedom he was looking for. He started to feel the doubt and disrespect from his family and friends because his business was not taking off.  Sure, he was doing $10,000 a month in revenue, though just a fraction of that made it to the bottom line.

He clearly didn’t trust himself to get results because he had failed over and over again.  He started to wonder if he would EVER find a solution or if his business was doomed.

Kevin was very hesitant because he’d been burned in the past and failed over and over.  He stopped trusting himself to get results.  He didn’t really have another way out of the mess, so he decided to take action instead of letting the opportunity go as the one who got away.

On June 15 Kevin got into the Extraordinary Life Program.  He learned very quickly that his past didn’t matter and would have no bearing on his future.

Before, he had only worked on issues that he though he could SEE.  None of those concepts he had worked on before moved the needle forward.  It wasn’t that he needed more traffic, more marketing or more sales training. What he needed to do was understand Extraordinary Life Methodology BEFORE he addressed those concerns. When Kevin started working through the transformation principles and understanding his customer, his business changed. It wasn’t an overnight riches story.  It was an understanding of knowing how he could best serve his clients.  He started to understand that the marketer’s lack of knowledge of what was needed reinforced his beliefs and disappointments as reality.

By putting in the work, Kevin had a record month in August in his business. He sold $42,000, 3x more than any of his previous months.

He was finally able to vindicate the passion he had for his business and reap the rewards.  His daughter was proud that he could pay cash for her first semester at college instead of finding some way to finance it. Kevin’s business will never be the same going forward.

For Kevin to live the extraordinary life, it wasn’t about some magic pixy dust.  It was having clarity on what was holding him back and then feeling empowered to move life forward.

By taking those steps the constant though of what was missing in the business went away and the fear that his business was at the mercy of the government and other market conditions.

This site uses Akismet to reduce spam. Learn how your comment data is processed.